Harold “Harry” Phillips was a World War II Veteran, a business owner, a religious man, a devoted family man, very athletic playing many sports throughout his life, a die-hard CUBS fan, a successful girl’s fast-pitch softball coach taking many teams to the National Tournament, and a man of honorable values.

Alzheimer’s robbed Harry of who he was and left him with no sense of self, connection, or purpose. He lost interest in watching the History channel, rooting on the CUBS vs. the Cardinals, his Granddaughter’s dance recitals, and his Grandson’s baseball games. A restaurant menu baffled him and he could not find the correct page in the church booklet at Mass. He was unable to follow a question and therefore could never answer even a simple question. As he
deteriorated, he became combative which was the extreme opposite of his personality.

Harry would be very thankful and proud to know how we are fighting to help the millions already affected by Alzheimer’s disease and all other Dementia and for all of those that might be affected in the future. Thank you! 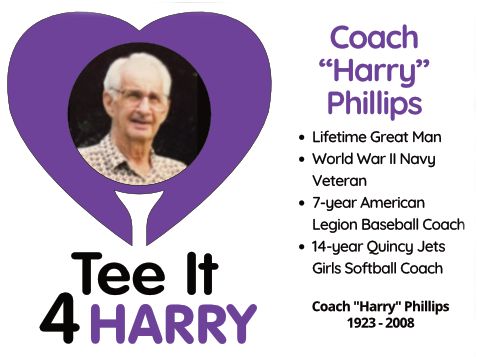